In his review of Mein Kampf – published 31 March, 1940, in New English Weekly1 – Orwell, in barely mentioning the book, identifies the basic appeal of Hitler’s politics: struggle.

Whereas Socialism, and even capitalism in a more grudging way, have said to people ‘I offer you a good time,’ Hitler has said to them ‘I offer you struggle, danger and death,’ and as a result a whole nation flings itself at his feet.

As Orwell wrote this sentence, London was bombed constantly – an occurrence that Orwell describes elsewhere as ‘a nuisance’. The threat of your house caving in or being blown limb from limb was so normal as to be an annoyance. The greater threat seems to have been the threat of invasion, which appeared to the British inevitable. In this sort of environment, soporifics are not going to appeal as a drug. But amphetamines will.

After a few years of slaughter and starvation ‘Greatest happiness of the greatest number’ is a good slogan, but at this moment ‘Better an end with horror than a horror without end’ is a winner.

For Orwell, Hitler’s offer of an ‘end with horror’ was appealing because it was utterly modern. It was, according to Orwell’s line of reasoning, made at a time when enthusiasm for sacrifice was at its peak, after a couple of decades of turbulent hardship following the first world war. It identified an appetite for a rejection of the dominant trend in political thought of the early twentieth century:

Nearly all Western thought since the last war, certainly all ‘progressive’ thought, has assumed tacitly that human beings desire nothing beyond ease, security and avoidance of pain.

Providing the greatest comfort for the greatest number provided a heuristic for pratically all political and ethical thought, a remarkable shift from the valiant struggle that was idealised in Christian thought for pretty much the rest of the millennium. The fascists – Hitler, of course, but Mussolini and Franco too – were obsessed with the past, and their appeal lay in presenting a regression as innovation, by marrying the cult of the Folk with the cult of the Engine: the hardness of the past and the hardness of the future, meeting to squeeze out the soft present.

That ‘human beings desire nothing beyond ease, security and avoidance of pain’ continues to be tacitly assumed today, at least in the West, though it manifests itself in a different vein. No longer do we avoid pain, but we avoid, according to Adam Curtis – like Orwell, a BBC journalist, though unlike Orwell, more politically ambiguous – the risk of pain.2

It’s interesting that the mantra of this technocratic system of management is the word “risk”, which if you do a word analysis, didn’t really exist in political coverage until the mid 80s. It comes from finance, but as economics colonised the whole of politics, that word spread everywhere, and everything becomes about risk-analysis and how to stop bad things happening in the future.

It is far less clear how to avoid risk than how to avoid pain. The experience of pain is almost a physical sensation. Risk, meanwhile, is the potential of a negative impact, which is almost as far from a physical phenomenon as you can find yourself. While in avoiding pain you can point more readily to what you want to avoid, avoidance of risk requires an active imagination.

Politics gave up saying that it could change the world for the better and became a wing of management, saying instead that it could stop bad things from happening. The problem with that is that it invites all the politicians to imagine all the bad things that could possibly happen – at which point, you get into a nightmare world where people imagine terrible things, and say that you have to build a system to stop them.

Today’s authoritarians still marry the past and the future – today it’s the marriage of the Folk and the Server. But they’re ultimately cynics. Afraid to themselves shoulder the risks of an investment, they inflict that risk on their populace – their investments become significantly more profitable. 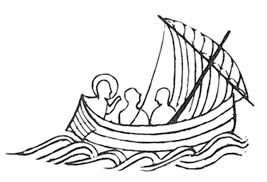